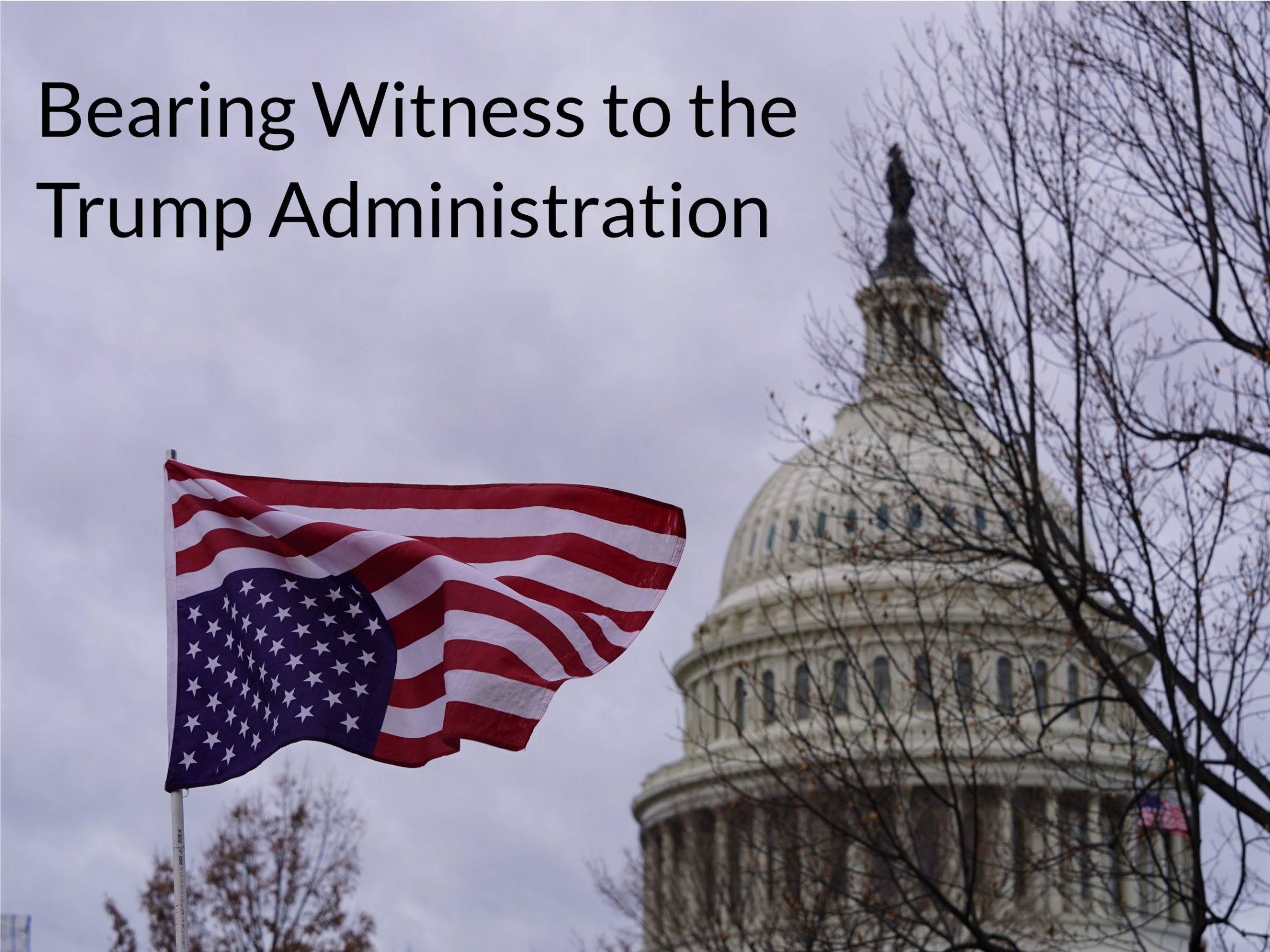 Read about President Trump’s handling of the pandemic crisis this past week including news about: the President taking a drug not approved or recommended by his own FDA, driving out the head of the global health agency working to help nations of the world confront the pandemic, his appointees and fellow Republicans manipulating COVID-19 data to make things appear better than they are to justify lifting of restrictions, the loss of another 2.4 million jobs on his watch bringing the total unemployed count to nearly 40 million, his utter disrespect of auto workers during a visit to Michigan, what he declared are essential businesses before going to play golf, and much more at https://bearingwitnessheartland.com/2020/05/19/bearing-witness-to-the-pandemic-may-17-23-2020/. For bearing witness to other Trump antics this week read on here.

Despite over 90,000 deaths in America from COVID-19, President Trump finds time to beat the drums of an “Obamagate” conspiracy as if it was the Obama administration that committed crimes in launching an investigation of Russian influence into the 2016 election. Trump tweets out that “Obamagate makes Watergate look small time.” No, Obama’s dignified statesman-like behavior while in office makes Trump looks ever so small and childish. Attorney General William Barr, who continues to act more like Trump’s personal attorney and consigliere than America’s chief law enforcement officer, said that he did not expect an investigation into the origins of the FBI’s Russia investigation. Isn’t that special of him considering that what comes out of the Trump White House is rarely what anyone expects.

For decades the practice has been that the current resident of the White House officiates over a dignified ceremony unveiling the official portrait of the previous president and his predecessor. Obama, when he was in office, extended that courtesy to former President Bush with great dignity. For Trump the unveiling and honor would be for Obama. However, why are we surprised anymore, Trump is reported to be discarding this democratic tradition as he has done so many others over the past three years. Perhaps he is just warming up the country to expect that there will not be an unveiling of his own portrait by his predecessor because he hopes to remain in office forever.

The Trump administration removes another government agency watchdog just a week after letting one go. This time it was the Inspector General for the Transportation Department, Mitch Behm. He follows the departure of the IG’s for the State Department, Intelligence communities, and earlier the Defense Department. Yes, that is surely draining the swamp of corruption.

Trump declared this week that he was withdrawing the U.S. out of one more international treaty. This one is known as the Open Skies Treaty which allows unarmed overflights by American and Russian aircraft over each other’s territory. It was another Republican President, George H.W. Bush, who proposed the treaty in 1989 as a means to promote trust and avoid conflict between the two cold war adversaries. But leave it to Trump to dismantle yet another treaty which has helped to keep the peace for decades. He truly acts like an international terrorist who knows how to blow things up but without the collaborative skills to put things back together.   .

Trump continues to let the clock tick down on another international treaty, the New START Treaty on arms control. If it lapses there will be no legal restrictions on U.S. and Russian nuclear weapon counts for the first time in nearly 50 years. Russia has offered to extend it for five more years but that is not good enough for Trump. Who knows, maybe it is all a charade with giving Russia what they really want; that is no limitation on nuclear weaponry, and giving Trump excuse to spend billions more on weapons of mass destruction.

And then it comes all together as the Washington Post reports that the Trump administration has internally discussed resuming nuclear tests since the last one was conducted nearly 20 years ago in 1992.

The Trump administration continues to dismantle the pursuit of justice by the Justice Department itself. This time the criminal division of the U.S. attorney’s office in Washington D.C. has been overhauled.  This office had led the prosecution of Trump’s long-time friend and associate, Roger Stone. Attorney General Barr had interceded in the case to recommend a lighter sentence than his own prosecutors had asked for, a rare shocking act, following Trump’s complaint about the Justice Department’s sentencing of Stone.

Trump’s appointed head of the FBI, Christopher Wray, is reported to have ordered an investigation of his own organization’s investigation of former national security adviser and convicted felon, Michael Flynn. Another play from the aspiring autocrats handbook to intimidate and persecute those who prosecute wrong doing and pursue justice.

This week Trump threatened to hold up federal pandemic relief funding to states like Michigan which are planning for and promoting mail-in voting in the Fall elections. He called such plans to enable safer voting options during a health crisis as “illegal” by “rogue” states and that it will encourage voter fraud. Of course pay no attention that the President now votes by mail as a Florida resident residing in Washington. Yes, anything that encourages more people to vote and makes it easy and safe for the practice of a democracy is called voter fraud by the Republican Party. Recently the President was quoted as saying it was obvious why they were trying to suppress voting because if the don;t Republicans lose. Trump’s Republican Party continues to do more to limit and suppress voting across the nation while wrapping itself around the flag as if they are the protectors of democracy and freedom. Trump went on to say that voting by mail will allow “massive manipulation” with “thousands and thousands of fake ballots.” It’s obvious what the President is up to. He is laying the groundwork to dispute the fall presidential election should he lose. God help us that we start the year with a global pandemic crisis and we will likely end it with a national democracy crisis. No wonder that this week it was reported more than a third of all Americans are suffering from depression and/or anxiety.

The above news items have been taken from a number of international, national, regional, and local news media sources of print, digital, and broadcast. Additional editorial opinions and comments about these news items are those of this author.